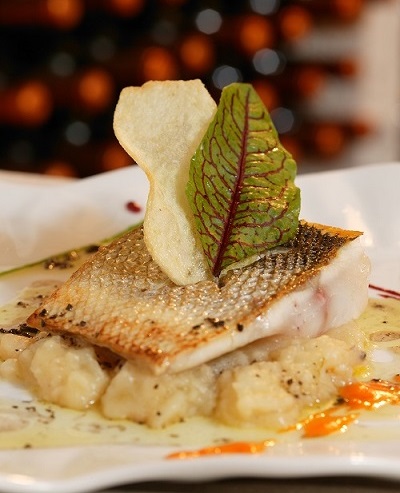 If everyone who visits Euskadi coincide in one thing, it is this country’s food. A varied and deep-rooted cuisine, which includes both products of the sea, fish and seafood, and different products from the land, meats, fruits and vegetables.

In addition to traditional cuisine, with dishes as well-known as bacalao al pil (spicy cod in garlic sauce), porrusalda (leek soup) or beans with “sacraments” (chorizo, black pudding, pork fat, pork ribs) among others, in recent years Euskadi has become famous for its new Basque cuisine, characterised by innovation and combination of aesthetics and taste in its dishes, which captivate the senses of those who taste them. This culture of culinary innovation has earned it numerous Michelin stars, and it is the second community of Spain with the most stars.

However, one of the greatest protagonists of Basque gastronomy is the pintxo, which plunges us into a universe of flavours in miniature cuisine. From the traditional Gilda (olives, anchovies and chilli peppers on a stick) to the most sophisticated snacks, tasting them is to discover one of our signs of identity.

But in addition to bars, grills and restaurants, the local cuisine can be tasted in gastronomic societies or txokos and traditional cider restaurants, where you can have a good grilled T-bone steak accompanied by natural cider, which we directly serve from the barrel every time we hear txotx!

Don't forget to take an interest in the origin of our products, by visiting any of the markets and marketplaces in Basque towns to meet their producers and learn about their ways of life and philosophies of work. 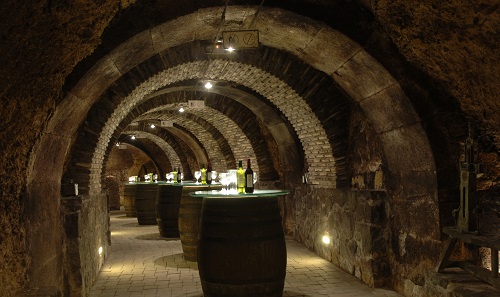 In the south of the Basque Country, sheltered by the Toloño and Cantabria mountain range is the Rioja Alavesa region, with a landscape of vineyards that changes with the season and that is dotted with olive trees, prehistoric remains and medieval villages. This land, where the vine has been cultivated since Roman times, has a microclimate and unique geographic features that make it one of the highest quality wine-growing areas in the world.

Rioja Alavesa allows us to enter the wine culture by visiting its cellars, combining tradition and modernity; from medieval underground cellars to buildings with avant-garde architecture, including hundred-year-old or family owned wineries that reflect the work of several generations.

In addition to wines with Denomination of Origin Rioja, Euskadi has three other denominations, two on the east coast and one inland, which produce the singular txakoli, each with its own characteristics. A wine with an acidic and fresh character that we can pair with both the fish from the coast as well as with Idiazabal cheese or the products from the vegetable garden. 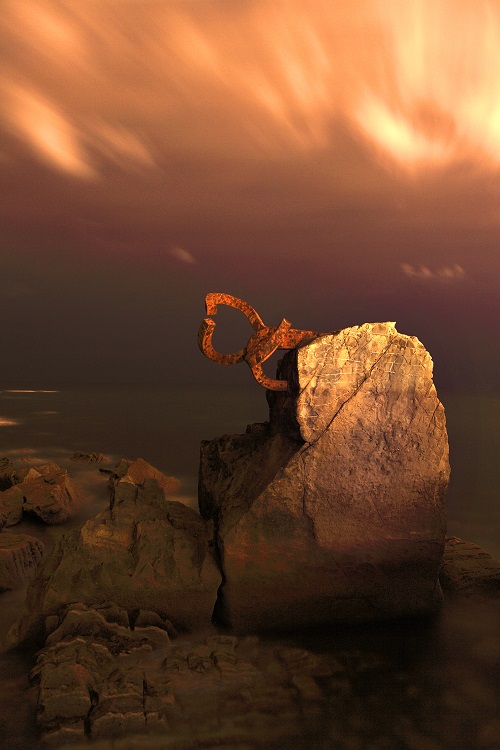 The 3 provincial capitals, Bilbao, San Sebastian and Vitoria-Gasteiz, are very different from each other and the short distances between them allow us to visit the three in a few days.

Bilbao: the most avant-garde metropolis of Euskadi that has become a benchmark due to its urban redevelopment, transforming from an industrial city into a cultural and services capital. Along the River Nervión, the backbone of Bilbao, the visitor will discover a modern and impressive architecture, extraordinary projects signed by some of the world's most prestigious architects, whose most recognised icon is the Guggenheim Museum Bilbao, designed by the Canadian Frank O. Ghery. In addition, its Old Town, known as the 7 Calles (7 Streets), allows you to admire the contrast between tradition and avant-garde, transporting us to the origins of this city.

San Sebastian: Donostia in Basque, but also known as the Bella Easo, is surrounded by three mountains and has three beaches. The most well-known, La Concha, is situated in the heart of the bay and has a singular promenade that takes us back to the 19th century thanks to the magnificent palaces and residences built by the gentry at that time and which give it a Belle Epoque feel. Cuisine is one of the strengths of San Sebastian, which is one of the cities in the world with the most Michelin stars, 18 stars in a radius of 25 kilometres. Not to mention the cider culture thanks to which we will be able to enjoy the unique tradition of the txotx.

Vitoria-Gasteiz: has an Old Quarter known as the “Almendra Medieval” (medieval almond), as it maintains the urban structure of that time intact and which was declared a Monumental Site in 1997. Strolling through it we can discover the history of the city with its civil and religious buildings, palaces, tower-houses, remains of the rampart or marvellous temples such as the Cathedral of Santa Maria, which was inspiration for Ken Follet in his novel, World Without End. The city also stands out for its large number of green spaces, highlighting its green ring, comprised of six large parks, that can be explored on foot or by bicycle and which helped it to be named European Green Capital in 2012.